Many of us have been waiting for the Tokyo 2020 Summer Paralympics to happen. As we know, both the Olympics and Paralympics are postponed events because of the covid-19 pandemic. But the organizers have been professionally delivering the spectacle that sports fans across the globe deserve to watch. 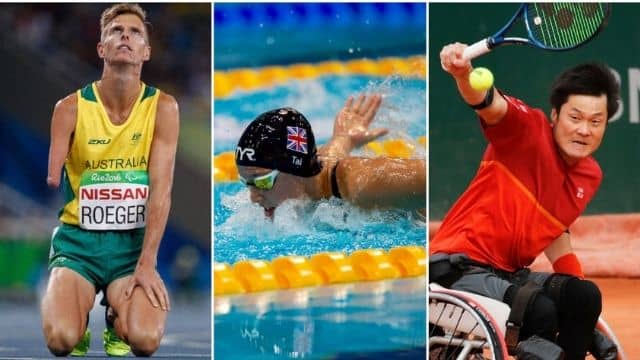 Despite the dillemmas and other problems, the organizers have managed to start off the big event on 23 July and it will finish in just five days. And then the Paralympics will start on 24 August and will end on 5 September 2021.

Obviously, this event is going to be as massive as the Olympic Games. There will be a lot of great moments to watch with your fellow sports fans. So, who is worth watching? Here is the list of Paralympians that you can follow:

Sabatini made a surprising appearance in February 2021. She clocked a world record time of 15.49 for the T63 100m. It is imperative to know that this was her international debut.

Wheelchair tennis is one of the most popular spectacles at Paralympic events. In this discipline, we are waiting for the appearance of a legend named Shingo Kunieda. He has attained two titles in 2008 and a 2021 event. He also won gold in men’s doubles. He lost in Rio 2016, but he is ready to reclaim his throne in Tokyo.

The Fantastic Australian athlete has held the world record in all four marathons he raced.

Alice Tai will be competing in S8 instead of S9.

For those who are following the respective British swimmers, you will surely agree why we have to add this fantastic swimmer to the list. The reclassification took place three years ago. Then she nailed it to achieve the world record at S8.

Tai has had 50 records in three different strokes. She also has 100m and 200m records. It is exciting to predict how many golds she will bring home to her country.
Iran’s Dream Team

Men’s sitting volleyball is one of the most fantastic spectacles that you will enjoy when watching the Paralympics. The records of Iran’s Dream Team in the volleyball Paralympic gold are going to be the benchmark of the level of competition that we will see in this sport discipline. We could also see the return of the tallest male athlete ever to compete in the Paralympic Games, Morteza Mehrzadselakjani from Iran.

Back then, in Rio 2016, the tallest guy brought his team to victory. It will be amazing to see him in action again.